Business valuation for retail and clothing stores across Australia

This article covers the traditional Australian retailers who sell from one or more physical stores and may also have an online facility.  It excludes department stores and online only retailers. 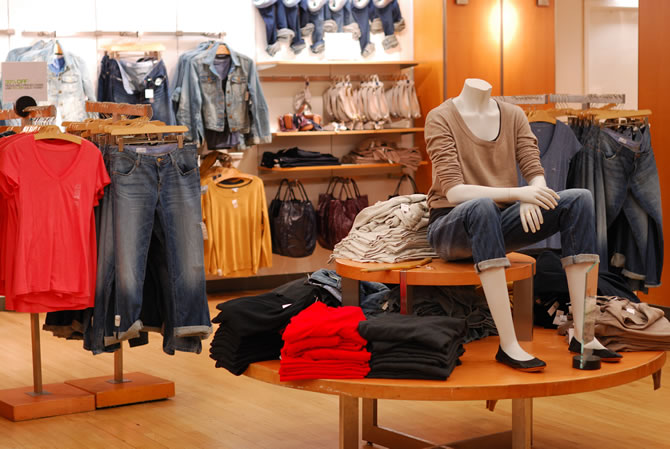 Clothing retailing remains a large industry in Australia with total 2014/15 revenue estimated at 13.1 billion dollars.  There has been a decreasing overall revenue of 0.6% per annum over the past five years due to a mixture of the continuing fallout from the GFC, nervous consumer spending and higher rents.  The higher Australian dollar (prior to the last year) meant that on one hand a lower cost of purchasing stock from overseas but on the other hand more competition via overseas online retailers.

The main players in the industry are chain stores including:

As can be seen, the major players represent only around 21% of market share.  The industry therefore remains highly fragmented with a large number of small independent businesses.

The key economic drivers affecting the industry are:

A large cost in the retailing industry is wages, which in the main are covered by the “general retail industry award”.  Key components of this are a 25% loading on Saturdays and 100% loading for Sundays and Public Holidays.

There is a general trend of continued deregulation of shopping hours in Australia in part to keep up with an increase in non-standard work hours/shift work etc.  In the ACT and NT hours are deregulated and in NSW/ VIC, only restrained on major Public Holidays.  WA, SA and Qld have the most constraints, though State governments are generally moving to liberalise these.  For example, in WA there is now Sunday trading between 11.00am and 5.00pm.

Retailers are lobbying to have the aforementioned overtime wage rates amended to reflect the more deregulated trading and working hours.

Overall profit for the industry is forecast to increase at an average of 0.8% over the next five years in line with the predicted increase in disposable incomes.  Profitability has fallen marginally to 4.8% in 2014/15 with the significant reason being rental cost increases even as sales have declined.  The industry remains dominated by small retailers with around 44% earning between $200,000 and two million dollars per annum.

The average cost structure for the industry is reflected in the below figures.

The prices achieved for clothing stores remain heavily dependent upon the size and profitability of the business.  Many smaller stores with profits less than $100,000 will sell for the value of stock, fixtures and fittings i.e. effectively no financial goodwill.  The return on investment percentage for these smaller stores is in the order of 110% to 140%.

The value of stock is a large component of the price in many cases and care must be taken to ensure that stock is realistically saleable given the rapidly changing fashion trends.  Shop leases should also be examined carefully particularly those in larger shopping centres.  Many of these have substantial fitout clauses requiring the tenant to redo fitouts every five or so years.  The cost impost and timeframe of fitouts must be taken into account when valuing these businesses.