Retail bookstores not only in Australia, but across the globe, have experienced challenging market conditions over recent years with changes in technology, increasing international competition and the GFC all playing their part.  These conditions have led to what is now a sustained reduction in revenue for bookstore retailers. 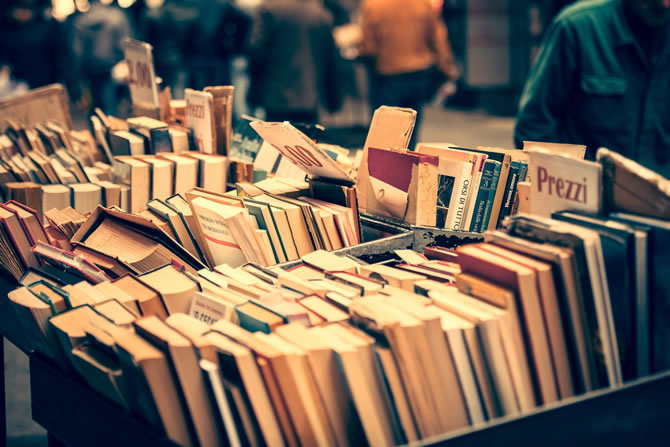 In this article we’ll address the bookstore business valuation, particularly at the Perth demographic.

Bookstores can be categorized into three types:

Many bookstores in each of these categories now have an online shopping facility.

Household discretionary income is expected to increase over the next year with reduced costs of fuel and lower mortgage repayments.  However, within this same period consumer sentiment is forecast to decline, most likely due to local unemployment concerns as well as national and international economic uncertainty.  Both the take-up of broadband internet connections and increasing download speeds are seeing a greater portion of eBooks purchased and thus a reduction in hardcopy sales.  This factor is amplified by the increased competition from international retailers.

Whilst there are no fewer people reading, there has been a change in the habits of people as to how they consume literature.  The move to online consumption via computers, laptops or specialised book readers has gained momentum.  Whilst it is likely that a percentage of consumers will demand hard copies for the foreseeable future, increased adoption of IT and telecommunications with faster connectivity speeds, will be likely to see further gains in market share for eBooks.

Increased international competition has occurred due to 3 main reasons:

Books are generally considered a discretional item for consumers, and thus with the lower consumer confidence over the past 5 years, there has been reduced spending in bookstores during this period.  In 2013 the Australian bookstore sector comprised of approximately 2700 businesses with a total revenue of $1.9Billion.  Over the 5 years leading up to 2013, the industry experienced an average annual decline of 8.5%.  Forecasts for the next 5 years estimate an annual decline of 5.1%

The industry has reacted to the new paradigm of international competition, reduced revenue and profit with fierce competition, particularly from discount department stores.  There has also been a consolidation of stores.  This industry rationalisation has seen a 4.5% decline in the number of stores.  As previously mentioned, many of the physical stores now also have an online component to their business.

In the medium term, real household income is forecast to increase over the next 5 years, particularly if employment levels rise after the first 12-24 months of this period as predicted.  Wages growth is also expected to strengthen from 2016/17.  The industry will however, be subjected to increased competition from international and online retailers – it is forecast that eBooks will make up 50% of the market within 10 years.  This increased competition is resulting in reduced profit margins.  More consolidation within the industry is expected as a reaction to the changing environment.  More physical bookstores are also predicted to have online facilities.

Going forward, market conditions should improve with the weakening Australian dollar, and as consumer confidence increases, along with additional disposable income, after what has been a sustained period of low interest rates.  It is anticipated that some specialist / niche bookstores and newly evolving book cafés are likely to perform better than average, given lower competition in this area.  Some recent examples of niche stores supplying travel, cooking, children’s and teenage fiction adult’s books have shown this.  Even within larger general stores, some niche areas have shown sales increases within niche areas, such as Dymocks having children’s book sales rising 14% in 2014 and young adult sales up 43%.

The costs involved in running a bookstore have typically increased, in relation to revenue, as retail rentals and staffing costs have risen, even as revenues and profits have declined.

The main cost structure is outlined as follows:

The main strengths and weaknesses of bookstores are:

Given the challenges and competitive environment, purchaser demand for bookstores is currently poor.  A moderately higher level of demand may apply for niche stores that have less completion and higher profit margins.