This industry is primary about the repair of motor vehicles within Australia. Main services traditionally provided include: 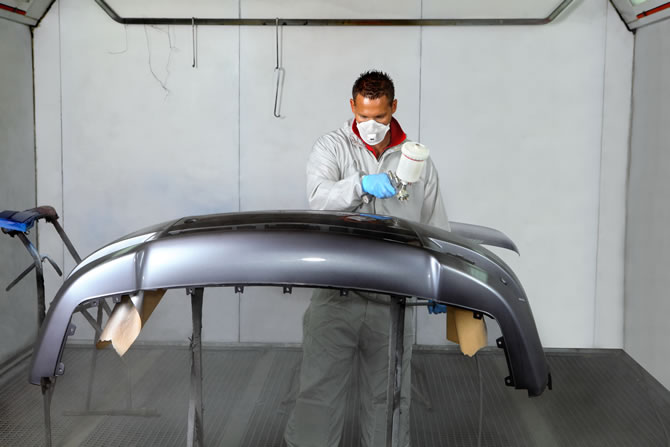 Of course older cars do not have the benefit of these features but as time goes on cars will be safer, and there will be less crashes per number of drivers.  The net result of these forces has resulted in industry revenue increasing at only a slow rate of only 0.4% per annum over the past 5 years.

Traditionally this industry has consisted of a large number of small businesses due to the limited barriers to entry.  In recent years there has been an increase in franchising, but this has had only a moderate affect on the industry makeup.  Main franchise groups including S.M.A.R.T Repairs, LSR Autobody and Car Craft make up less than 5% of the marketplace.

Competition between each business is subject to the normal parameters of price and quality of work but is also affected by relationships with insurance companies.  Another factor is the longer new car warranties whereby parts are replaced under warranty rather than via a smash repair business.  Being a service industry with proximity/ convenience to the customer being a strong factor, competition is generally between local operators.

As with most industries today, technology is having a significant effect.  Remote vehicle assessment is being introduced as smash repair businesses have jointly developed this in conjunction with the insurance companies.  This allows insurance assessors to view the vehicle by a video camera set up at the repair shop, without leaving their office, saving time for all concerned in the process.  Repair work is also continually having technology introduced including computerised measuring and paint matching.  Other examples include plastic heat welding and paint less dent removal.

The major costs in running smash repair businesses are materials and labour.  Typical cost percentages are as follows:

Labour cost is obviously a large component due to the labour intensive work required by skilled workers.  In recent years recycling, waste management and occupational health and safety costs have also increased in order to comply with environmental and OHS requirements.

Over the next 10 years the Perth and Western Australian industry is expected to grow at a similar rate in revenue terms to that which it has achieved in recent years (ie. 0.4% revenue increase per annum).  The industry is in the process of rationalising with more consolidations expected inclusive of acquisitions by larger players.  From a strategic point of view larger businesses or franchise groups will allow more power in negotiating with insurance companies and materials suppliers to potentially move towards higher profitability.

The main benefits of smash repair businesses are that they attract purchasers that like cars and have a degree of satisfaction being involved in the industry.  They also tend to operate mainly 5 days a week except in times of heavy workflow.  The main shortcomings are the skilled workers required and the power of the insurance companies in terms of gaining work.